Deputy Wheeler works our area Wednesday through Friday and every other Saturday.  Deputies have many duties besides protecting and servicing our community.  The HOA asked Deputy Wheeler questions we thought homeowners would want to know.

1) From your experience what are the problems with parking on the street?

2) What is the response time between calls made to dispatch and deputies arriving at scene?

The response time for deputies arriving on scene from time of dispatch varies and is difficult to gauge. There are many factors that come into play. The first factor is the type of call. Calls reported to 911 dispatch are given a priority level based on the level/seriousness of the call. There is a scale that 911 uses for this. The higher the priority, the faster the response will be. Calls with low priority are sometimes put on hold until all higher priority calls are handled. The second factor that determines the response time would be the availability of a Deputy. The number of Deputies working a particular area of the county can vary from day to day. For example, you may have three Deputies working the north side of the county (which is where your subdivision is considered to be). Let's say two are tied up on a domestic/fight call. One is on a prisoner transport. Another Deputy would have to be pulled from another part of the county depending on the priority of the call. This may take a while for him/her to get to the scene. If it's a low priority call, it may just have to wait until a north Deputy is available. There are many responsibilities a Deputy Sheriff is involved in. As a Deputy Sheriff we are officers of the court. We serve civil papers, protection orders, mental health pick up orders and eviction orders. We transport inmates to/from federal courthouses, as well as district courthouses. We transport inmates to prison. We pick up from other municipalities/counties to bring prisoners to our jail when they have active warrants from Shelby County. We also work motor vehicle accidents, traffic enforcement, serve warrants, and answer 911 calls.

3) Can you explain what happens when there is drug/alcohol activity at the pool or surrounding areas?  What happens to the offenders?

When there is drug/alcohol activity at the pool several outcomes are possible. The age of the offender can determine what happens. When dealing with juveniles, officer discretion can come into play. For example, a juvenile can be arrested but released to the parent/guardian at the scene. However, this does not mean it's over. The arrest paperwork is still submitted and the juvenile court system gets involved at a later date. Another scenario is the juvenile is taken to juvenile detention at the time of arrest. When it comes to adults, there are a couple of scenarios. The offender goes to jail. The second option would depend on the nature of the offense, but just securing the scene, and making sure the offender gets to a safe place, preferably home, is another option. Officer discretion again comes into play. Situations involving drug activity usually involves notifying the Shelby County Drug Task Force for further follow up.

4) Roughly how many times does patrol drive through the neighborhood?

Patrol drives through as many neighborhoods as possible during the work shift. The number of times this happens, again, goes back to what is going on in the work shift for the Deputy working the area. It is impossible to say how many times this will happen in a day/week because there are just too many factors involved. All Deputies attempt as much as possible.

You, the Homeowner, can have a chance to ask Deputy Wheeler questions at the Next Homeowner meeting!!  BELOW

Please email HOA at eaglepointhomeowners@gmail.com if you will be attending! 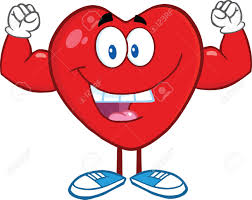 The Eagle Point HOA is starting a new program for the neighborhood using our own High School students to help those needing help!  Eagle Point High School Hearts is a program designated to help those in the neighborhood that need a little extra care.  The HOA has come across several homeowners that are in need and could use a little HELP.  EPHSH would allow High School students to get service credit hours by helping out neighbors in their own community!  If your High School son/daughter is interested, please contact the HOA at eaglepoint homeowners@gmail.com.  If you are a neighbor that needs a little extra neighborly attention The HOA and the neighborhood wants to be here for you!  Please contact the HOA at eaglepointhomeowners@gmail.com.